MOMus-Experimental Center for the Arts 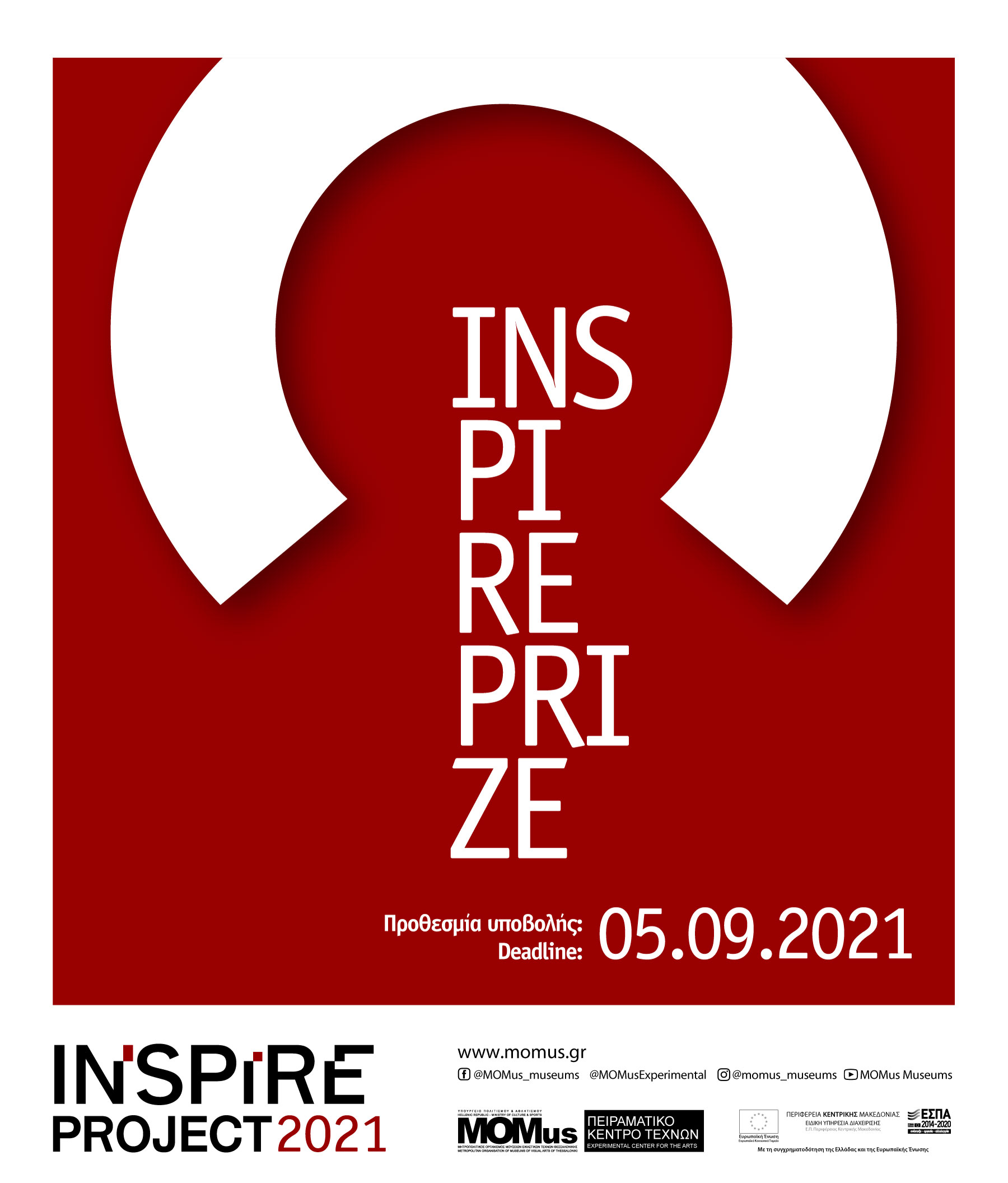 Along with the presentation of the exhibition “DOMΑ: From Plato’s cave to modern ‘reality’” until September 5, following the Inspire Project 2021 workshop run by this year's guest artist Stathis Mitsios, the MOMus–Experimental Center for the Arts and the Inspire Project invite artists who have produced works in the context of workshops or residency programmes to submit their applications for the Inspire Prize 2021.

The Inspire Project, introduced in its first version in 2012, functions as a platform for the support and promotion of contemporary Greek artistic creation through two main areas of action: a) the organisation of workshops for younger artists, guided by distinguished artists and aimed at younger artists, encouraging the production of new projects through participatory, workshop, educational processes and b) the promotion of works of art produced in the context of other workshops or residency programmes through the institution of the Inspire Prize.

The Inspire Prize is awarded to a visual artist, of any age or nationality, for artistic work produced in the context of any workshop or residency programme worldwide and distinguished for its conception, originality, the questions it poses and its relation to the space in which it has been presented and with which it potentially converses. The Prize is accompanied by a cash prize of 3,000 euros and will be awarded in a special ceremony in October 2021.

The Inspire Project is co-funded by Greece and the European Union (European Regional Development Fund).

The candidates are required to:

The candidates can submit their applications to the MOMus–Experimental Center for the Arts (Warehouse B1, Thessaloniki Port) or electronically at info.experimental@momus.gr , with the indication “Inspire Prize 2021”.

The Center will be closed from August 9 to August 16.

- The application documents will not be returned to the candidates unless asked for.

- The Prize committee, composed of selected MOMus curators, will evaluate the applications on the basis of the criteria set for the Inspire Prize. The winner will be announced on the MOMus website, www.momus.gr, and will be personally notified by email.