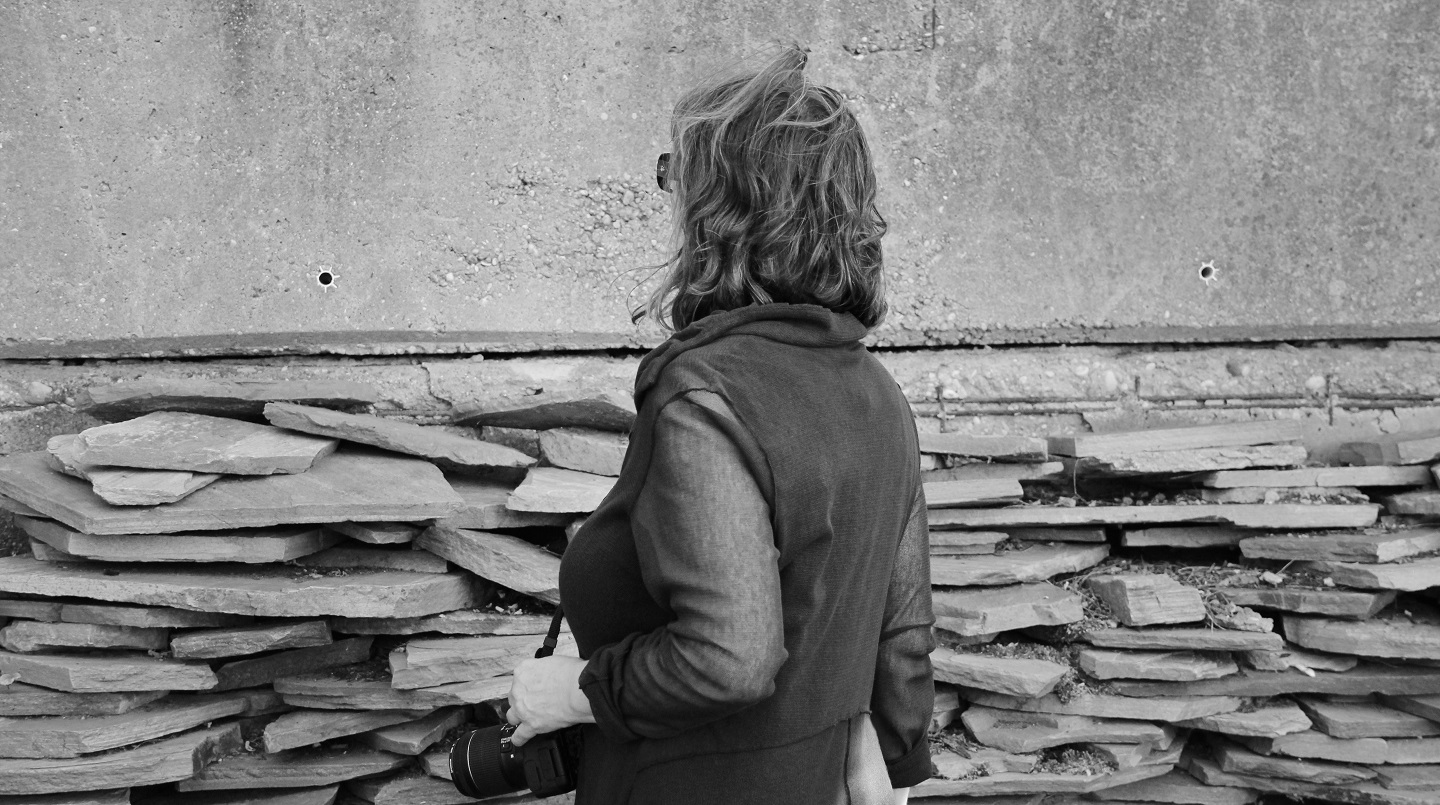 Where and how does an artist and poet from Athens meet a writer and professor of comparative literature at Harvard University? What are the existential and philosophical dimensions of walking? Can nostalgia define our actions, within ...a camp? Maria Zervos in her new work entitled "The Camp", presented for the first time at the MOMus-Museum of Contemporary Art (TIF-HELEXPO area) from May 14 to September 26, 2021, introduces walking as a life choice and connects walking with the recalling of memory and the shaping of identity.

The person that inspired the artist is Svetlana Boym (1959-2015), author and comparative literature professor at Harvard University, with whom Zervos was closely related during her own study and teaching at the same academic institution. Common experiences and research interests between the two of them drove Zervos to film a path of memory reformulation and searching of repressed moments in Boym’s past, inside a refugee camp outside Vienna, where the latter stayed in 1981 during her immigration from her homeland, Leningrad, during the Soviet Union era, to Boston, USA.

The central three channel projection is completed with testimonies and people’s narrations that lived close to Boym, collaborated or were taught by the standout professor and is growing as a space passage of reattachment and discovery of buried stories within the museum space.

The curator of the exhibition, Syrago Tsiara, acting director of MOMus-Museum of Contemporary Art mentions, “(...) In her book The future of nostalgia Boym distinguishes two types of nostalgia: restorative and reflective. Whereas the first sanctifies the past and pursues to keep it unspoiled, mainly due to the displacement and the time distance from the idealized space of past experience, the second recognizes the gaps, the contradictions and the traumas, has a more personal nature and manifests itself as a wakening of the past. It is masterful the way that Zervos filmed this journey of wakening and retrieval of the lost memory through her meticulous recording of Boym’s path in the urban ruins of the camp; she watches her touching and processing the details of the wall that surrounds the camp in a slow and up-close cut that reminds us of the long duration takes of Antonioni, one of Boym’s favorite directors that she loved watching in the cinema club that her father used to have in Leningrad. The act of touching complements memory gaps, in order to lead the heroine in a personal revelation: all the snapshots that she took during her trips in different parts of the world were just mere fragments that reconstructed the landscape of that camp, of the repulsed place of transition from from her identity of origin to the adult version of her personality. The wandering in and around the memory of place entails any future passages as a palimpsest of traumas, desires, transgressions and reconciliation with familiar and unfamiliar aspects of the self.”

Anthony David, author of the forthcoming biography of Svetlana Boym, mentions: When Svetlana fell ill in early 2015, Svetlana and Maria continued their conversations. In their collaborations, and through their friendship, Svetlana lived out one of her favorite quotes: Walter Benjamin wrote that “to live means to leave traces.” Perhaps this is the best definition of the private — to leave traces for oneself and for others, memory traces of which one cannot be deprived.

Maria Zervos’s most recent work revolves around an interdisciplinary approach to video, performance, poetry and drawing in an ongoing negotiation between topos and utopia. She remaps otherworldly landscapes such as the barren stretches of the Atacama Desert, the highest peak of Mount Olympus, gray zones or places off the map, such as refugee camps, in a search for personal geographies. Distinct for its allusions to passage, Zervos’s work often investigates the conflation of nature and culture aspiring to social criticism.

Maria Zervos is a visual artist and poet from Athens currently living and working between Athens and the United States. In 2020 and 2017 Maria Zervos was selected by the ISCP (International Studio & Curatorial Program), NYC, for an artist residency supported by the J. F. Costopoulos Foundation. Zervos is a Fulbright Scholar and in 2012 was invited by Harvard University as a Visiting Fellow to pursue research on her practice. She has taught courses at Harvard University as well as at Emerson College in Boston since 2014. She has presented her work in solo and group exhibitions worldwide including the National Museum of Contemporary Art (EMST), Athens; Onassis Cultural Centre, New York City; Ileana Tounta Contemporary Art Center, Athens; Stedelijk Museum, Amsterdam; Nieuw Dakota, Amsterdam; Franoise Heitsch Gallery, Munich; and the Hellenic American Union, Athens, among others. She has published three books, Diagnosis, Hunting, and Peripatetics on her practice and is represented by the Ileana Tounta Center for Contemporary Art. Zervos’s art is part of several collections including the D. Daskalopoulos Collection and the National Museum of Contemporary Art (EMST), Athens.

The exhibition is presented with the support of NEON Organization for Culture and Development and is a parallel event of the 23rd Documentary Festival of Thessaloniki.