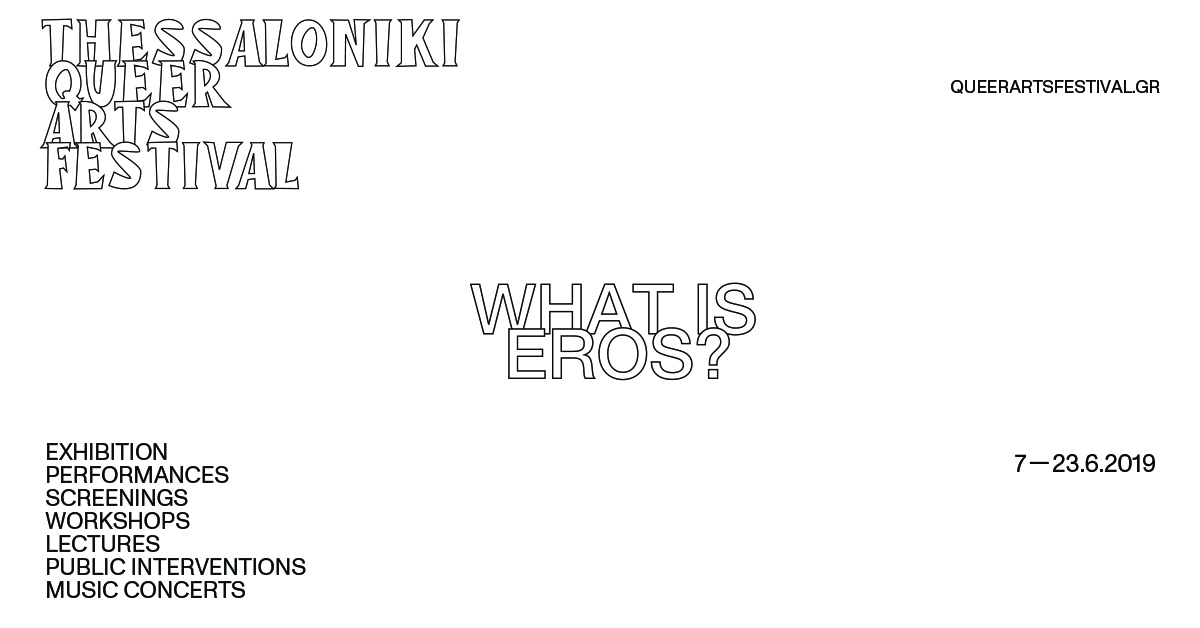 47 artists from Greece and abroad participate in this exhibition, which is part of the Thessaloniki Queer Arts Festival, and is titled “What is Eros?” The artists use different expressive media, such as painting, sculpture, photography, video, installation and performance in order to examine fluidity and freedom, to pose questions about identity, sex and sexuality in art. The selection of artists happened through an open call that was announced in December 2018 and closed on 14 February 2019. The over 400 applications by individual artists and collectives that were received brought the demand for immediate and disruptive dialogue to the forefront. Thessaloniki Queer Arts Festival [TQAF] is a grassroots initiative that sets out to alter deeply entrenched misconceptions and prejudices toward the queer and LGBT community through artistic and cultural practices. The festival is driven by the belief that art has the power to open new avenues of communication as well as serve as a bridge between a diverse array of individuals and social groups. TQAF aims to foster dialogues and develop alternative methods for addressing social discrimination.