All that We Have in Common 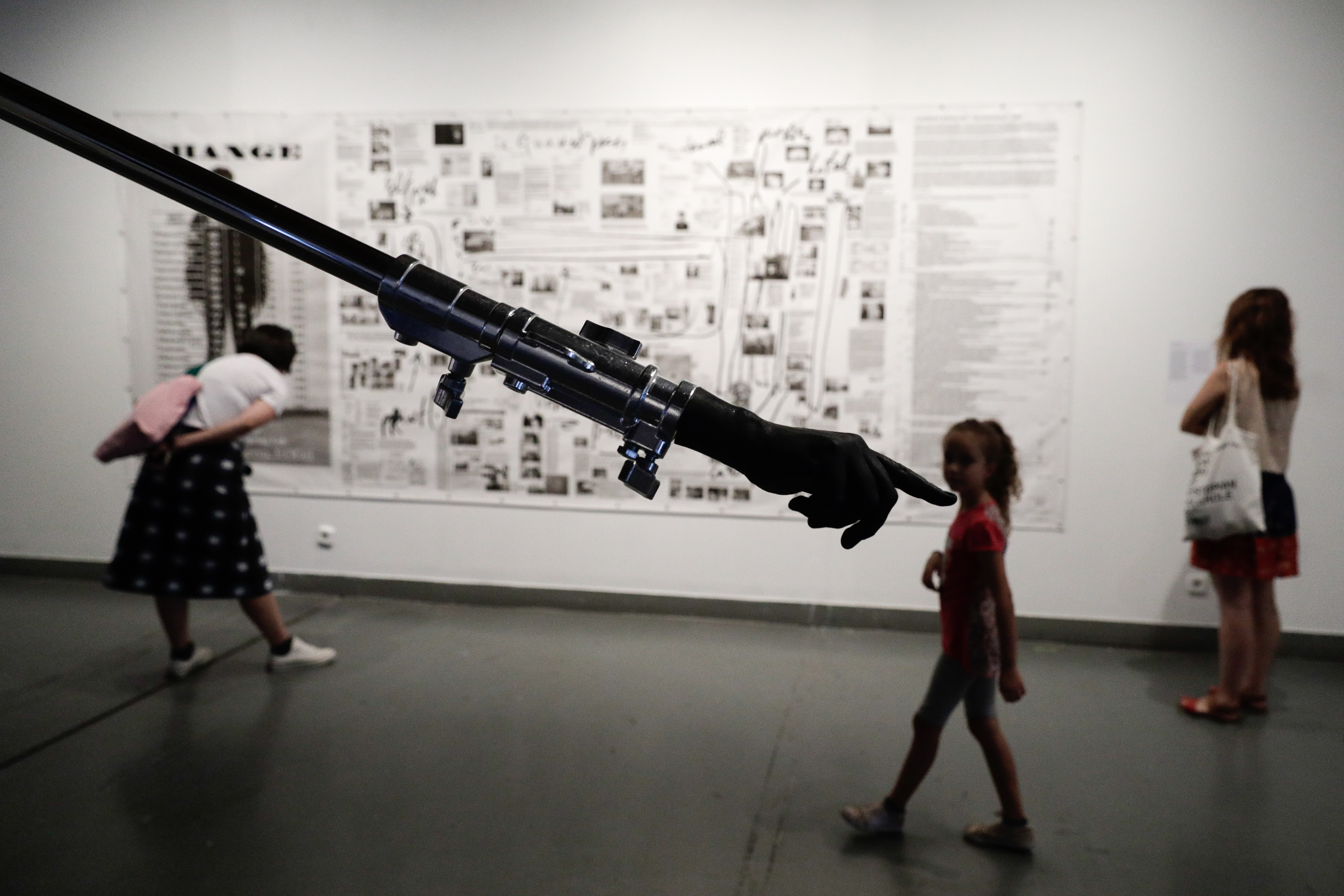 The exhibition is organized as a joint collaboration between the two institutions, the MOMus-Experimental Center for the Arts in Thessaloniki and the Museum of Contemporary Art in Skopje. The exhibition that was already presented in the Museum of Contemporary Art in Skopje, includes the selection of contemporary artists from nine countries, of SE Europe. including the works of Ana Adamović (Serbia), Luchezar Bojadzjiev (Bulgaria), Ibro Hasanović (Bosnia and Herzegovina), Alban Muja and Flaka Haliti (Kosovo), Ahmet Ogut (Turkey), Maria Papadimitriou and Antonis Pittas (Greece), Renata Poljak (Croatia), Anri Sala (Albania/France), Velimir Žernovski, Yane Calovski, Hristina Ivanoska and Gjorgje Jovanovik (North Macedonia).

The curatorial selection questions the importance of problematizing the notion of the “common” in the art, just as in the common experiences, at a time when the ruling politics and the dominant patterns of thinking seek to emphasize the insisting upon differences. The presented works recall recent histories, through which we are trying to understand our own time, the present experiences.  For sure, the culture in this region is diverse and certainly the policies that are being conducted in these countries are not identical, but we can all agree that despite these peculiarities, the region is an integral part of what we call European ideal both in politics, as well as in the culture. What actually connects us, is the awareness that we have to offer an example again when it seems that major mistakes have been made in choosing the direction of the development.

The exhibition also raises the question of whether it is possible to overcome the general uncertainty through political action and the struggle for the common good. It seems that not only the quality of the authors and the works but also the closeness of messages and subjects, as well as the situation, produced the effects. This has only confirmed our hopes that the region can begin to rethink itself again and that the undeniable existing creative potential will recall the falling asleep wellbeing in us.