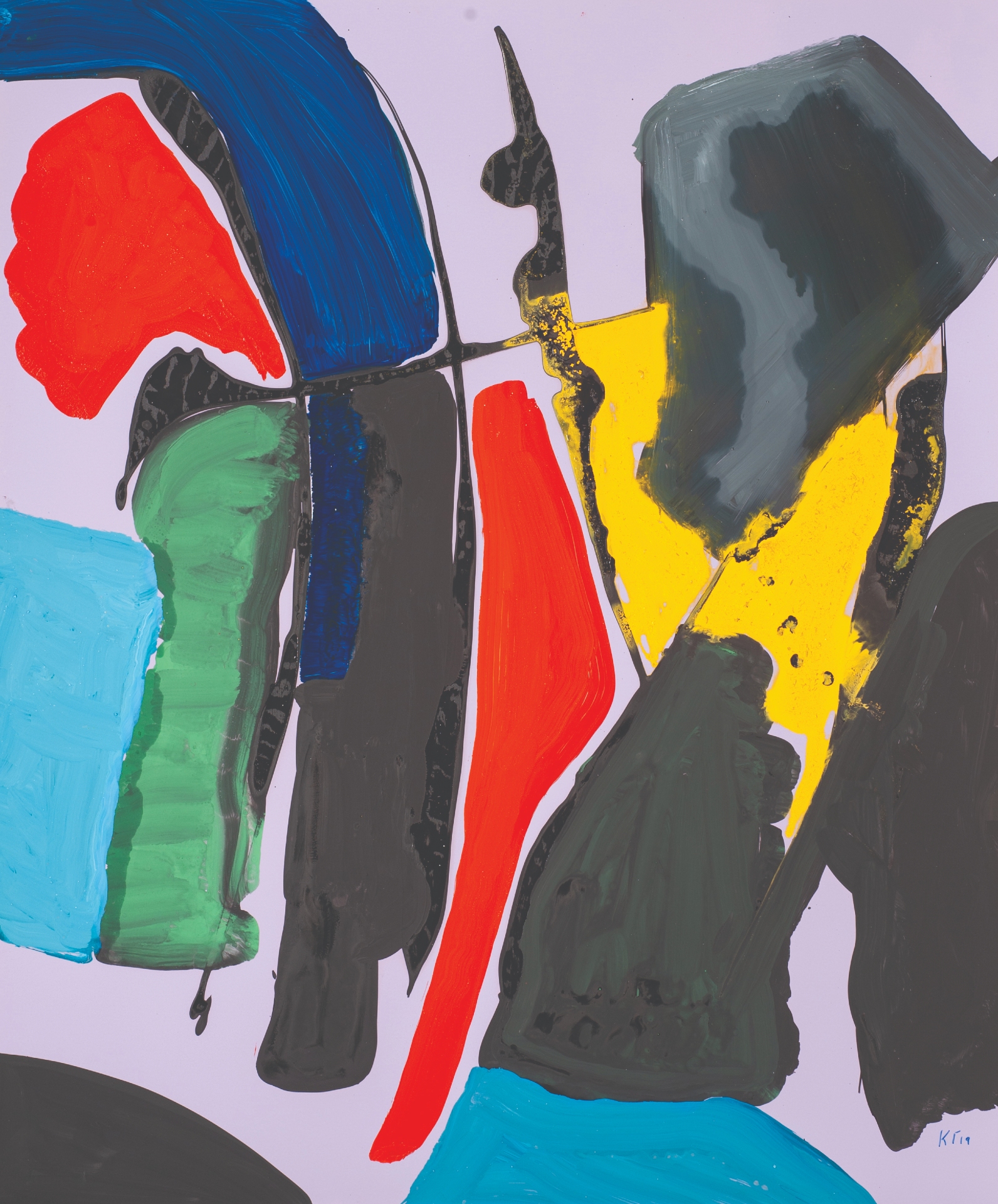 "My sculpting is my unembellished reality, my daily life, one full of anticipation, frustration, haste, carelessness, momentary triumphs and da capo. Sometimes, she suddenly confronts me, as if to say, 'come mon, let's move on, let's start from scratch”.

This is how artist Kornelios Grammenos (Patras, 1959-Athens, 2021) defined his work and career as recently as April 2020. And it is precisely this definition that is manifested in the exhibition “Kornelios Grammenos. Prosodies and Rhapsodies”, taking place at the Municipal Gallery of Patras.

The unique creatures fashioned by the artist – his Aliens and Knights – coexist with his metallic Flowers, which comprise hidden unexpected gardens, and his Sarmata, which organize surfaces with creases and protrusions. The art of Kornelios Grammenos, with its references to avant-garde 20th century art movements, evolves coherently and consistently. Every new step corresponded to a new aesthetic proposition that manifested the limitless potential of the artist.

In his paintings, Kornelios Grammenos reaffirms the originality of his investigations. His compositions renegotiate the principles of abstraction and the meaning of painting as a process, focus on purely painting values, on the function, intensity, and spark of colour. Grammenos endeavours a fusion of his painting with the linguistic concept of prosody, emphasizing rhythm and tone, and capturing a mental or emotional state.

In his sculptures, Grammenos presents an exquisite clarity of intentions, endeavouring to create an art that is clear and plain, an art in which simplicity and the textures of materials converse with subversive humour and intuition.

Kornelios Grammenos (Patra, 1959 - Athens, 2021) studied graphic arts and photography in Athens (1977-1980), and then sculpture and painting at the Cologne School of Fine Arts (1981-1988). His work spanned art forms (painting, design, inks, sculpture) and materials (wood, iron, steel, lead, cardboard). He sees artworks as objects that are part of the realm of architectural space, but not necessarily in a formalistic way. Essentially, his work is defined as an experimental composition. His artistic milestones: Rome (1988-1991), New York (1991-1992) and San Francisco (1999-2000). His career includes several major exhibitions featuring his works and different aspects of his art, that took place in different countries and continents (Germany, Greece, Italy, Turkey, United States). His sculptural inventions have been displayed in various cities and venues, including: Palazzo Corvaja, Taormina, Sicily, 1990· Dexameni Square, Athens, 1995; Patras Marina, 1996; Macedonian Museum of Contemporary Art, Thessaloniki, 1997· 10th Elementary School of Vyronas, Athens, 2006.