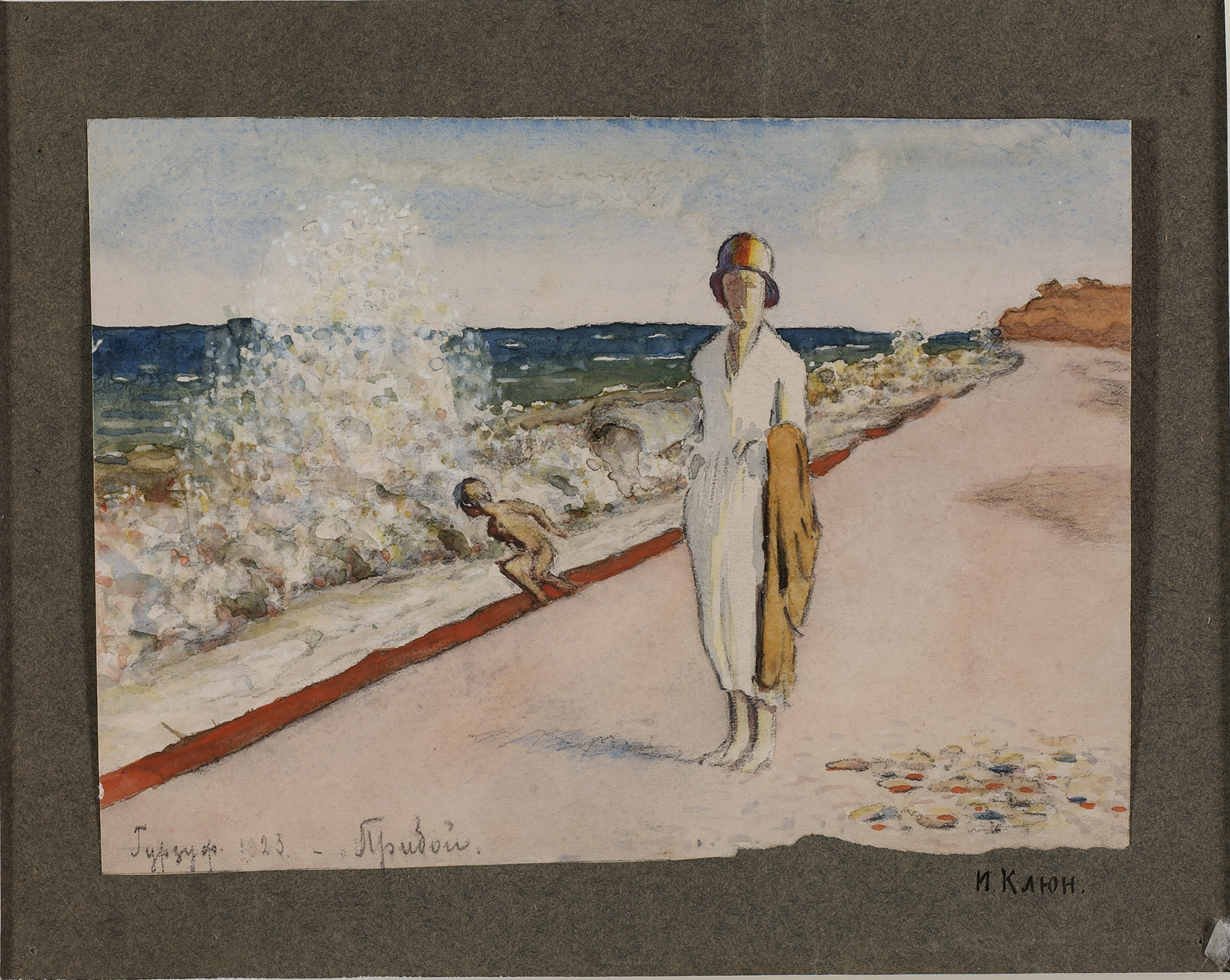 The exhibition, which is based on works and archival material from MOMus-Museum of Modern Art-Costakis collection, captures the artistic life of this important painter, sculptor, writer and teacher who passed through the whole spectrum of movements and techniques from neo-Impressionism and Symbolism to Cubofuturism and non-objective art. Ivan Kliun was also involved in creating non-objective constructions as early as 1914. He was a member of Supremus artistic group run by Kazimir Malevich but gave his own version of Suprematism. In the early 1920s he thoroughly studied the elements of form, light and color and created his own method by proposing non-objective works that present spherical forms, following his personal concept and theory about light and motion in space. His short-term teaching career at the VKhUTEMAS studios was followed by a long personal scientific research in the field of art experimentations. In 1934, when Socialist Realism was consolidated as the only official artistic directive, Kliun announced his return to realistic painting, but it would be very difficult for him to adapt and had very few artistic assignments, until he was deleted from the All-Russian Cooperative Union of Artists.

Ivan Kliun is represented in the Costakis collection of MOMus-Museum of Modern Art with 383 works of art (paintings and drawings) and a unique archival material (letters, manuscripts, lithographic prints, teaching material etc). There are important studies by Ivan Kliun in the Costakis collection and archive, which allow us to restore several lost works of the artist.

After his death, the first exhibition of his works was held at the Kurchatov Institute of Atomic Energy in Moscow in 1972 and was based on works from the Costakis and Sarabianov collections. The second personal exhibition was held in 1999 at the Tretyakov Gallery, where many works also come from the donation of George Costakis. The exhibition in MOMus-Museum of Modern Art-Costakis collection in Thessaloniki, Greece, is the first international exhibition of Ivan Kliun.

The exhibition is supported by the Heritage Art Foundation in Moscow, the Borad of Trustees of MOMus-Museum of Modern Art and The Malevich Socioety in New York.

The exhibition in Thessaloniki is curated by Maria Tsantsanoglou, director of MOMus-Museum of Modern Art-Costakis Collection, and Angeliki Charistou, Head oc Collections of the same museum.

The Sculpture Studio of the School of Visual and Applied Arts, Faculty of Fine Arts of the Aristotle University of Thessaloniki, led by the professor of sculpture Aris Katsilakis, organised, reconstructions of the "Flying Sculptures" by Ivan Kliun and a creative workshop with the participation of 3rd grade students, within the framework of the exhibition.

Collectors Irina Pravkina and Iveta & Tamaz Manasherov contribute with works from their collections to the exhibition as well.

All official measures against the pandemic COVID-19 are applied In MOMus-Museum of Modern Art-Costakis Collection venue.