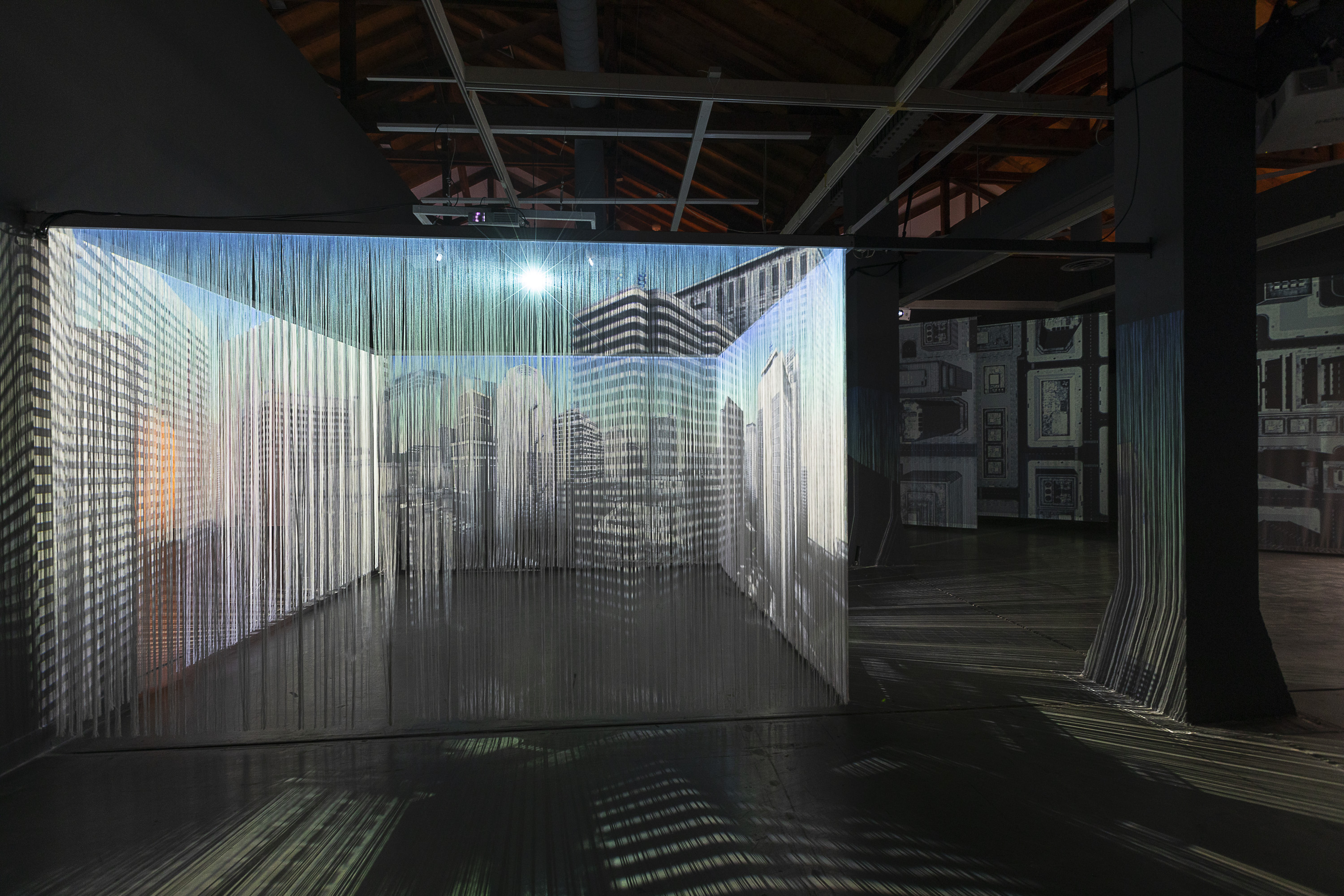 MOMus – Experimental Center for the Arts

A contemporary reading of Plato’s allegory of the cave, through the creative prism of different artistic idioms, offers “DOMΑ: From Plato’s cave to modern ‘reality’”, the exhibition presented at the MOMus – Experimental Center for the Arts in Warehouse B1 in the port of Thessaloniki July 13 to September 5, 2021 (extended until September 26, 2021) in the context of this year's edition of INSPIRE PROJECT.

The Inspire Project is co-funded by Greece and the European Union (European Regional Development Fund).

The exhibition unfolds into two sections: In the first section, Stathis Mitsios, this year’s guest artist, designs a multimedia reading of the allegory, reconstructing fragments of older works and collaborations into a new piece that combines 3D Projection Mapping with an ever-changing soundscape.

All required safety measures are maintained throughout the exhibitions grounds.

This year’s workshop titled “DOMΑ: From Plato’s cave to modern ‘reality’” (July 02-12 2021) set as its creative basis the simulation of the allegory of the cave today, through a collaborative creative artistic process aimed at highlighting the experiences, views and artistic pursuits of its participants; All the more so in a present, seemingly dystopian, due to the pandemic and the upheaval it has brought into our lives, but also creatively triggering.

A series of theoretical discussions, methodological exchanges and experiential exercises, under the guidance of Stathis Mitsios and distinguished guests, lead the members of the workshop team, to create their works within a symbiotic, interartistic context of action.

The fusion of artistic approaches and the invitation to creators working in the wider range of Fine, Applied and Digital Arts constitutes the innovation of this year's event, reflecting the programmatic goal of the MOMus-Experimental Center for the Arts to serve as an incubator for interdisciplinary and experimental modes of production, promotion and interaction with art and creativity.

Stathis Mitsios has a degree in interior design and graphic design. Through his artistic evolution he has studied “light” and “moving image”. Currently he’s working as a modern stage designer and director that incorporates the video into the scenery creating visual environments and complex lighting conditions through the illusion of 3D projection mapping.

Stathis has collaborated with organisations and institutions such as the National Theatre of Greece, the National Opera of Greece, the National Theatre of Northern Greece, the Theatre Organization of Cyprus, the Aristotle University of Thessaloniki, the Ephorate of Antiquities of Chalcidice and Mount Athos, the 8th Ephorate of Byzantine Antiquities, the Municipality of Athens , the municipality of Thessaloniki, the MOMus, the Hellenic Museum of Melbourne, as well as visual artists, directors, composers, architects, musicians and festivals.

Stathis intervened artistically at the Great Ancient Theatre of Epidaurus and with the approval of the Central Archaeological Council, he applied for the first time in history and with absolute success the technique of 3D projection mapping. He has also intervened in numerous theatre stages as well as in historical places such as the Odeon of Herodes Atticus, the Small Ancient Theatre of Epidaurus, the Ancient Theater of Philippi, the Ancient Roman Odeon of Patra, the Acropolis Castle of Ioannina, the Athens City Hall, Zappeion, Thessaloniki Port Passenger Station, Yeni Mosque of Thessaloniki, as well as other monuments and building structures in Greece.