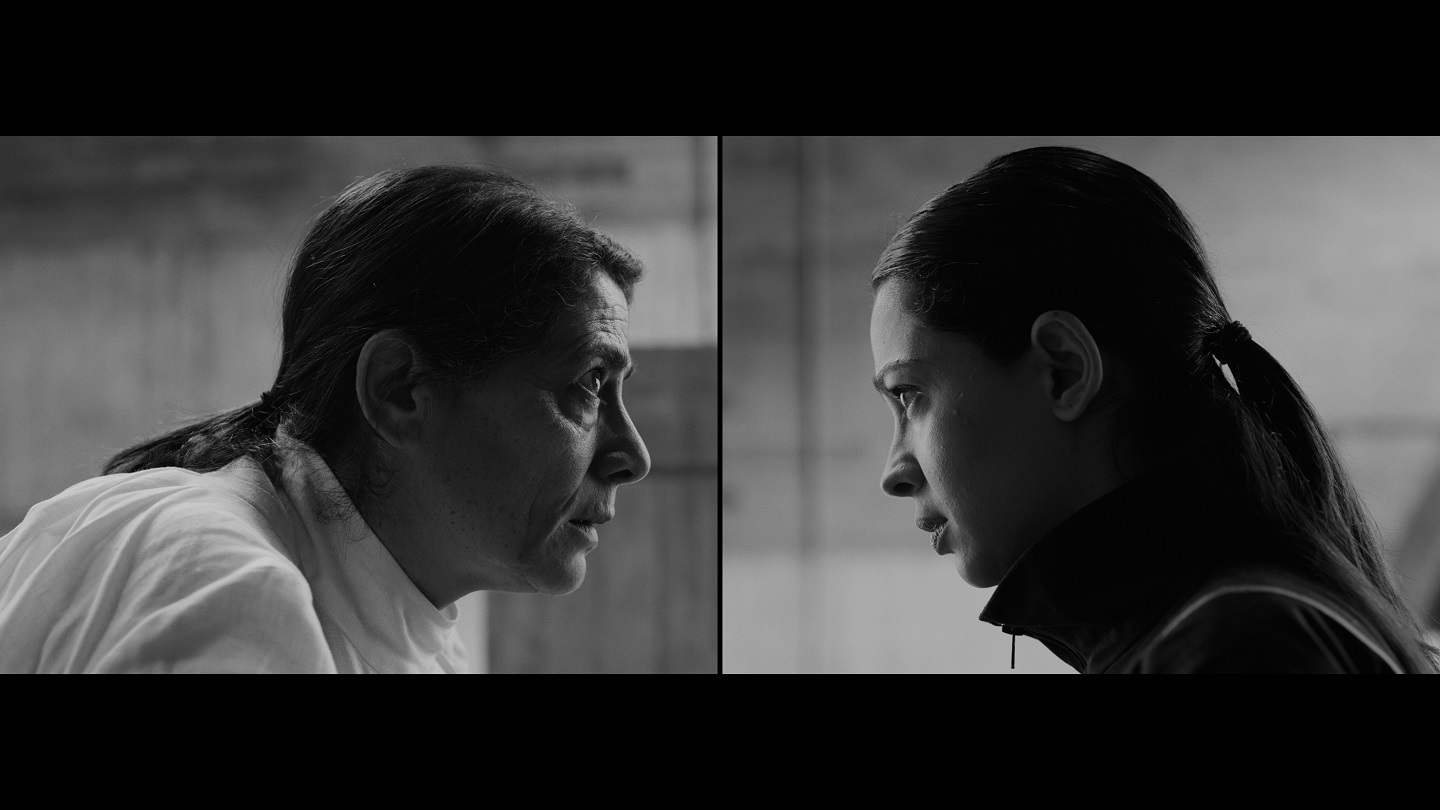 A wave of dense black mass flood the deserted streets of Bethlehem. The sound is deafening and covers everything. A huge ecological disaster creates a dystopian urban landscape, where the gray color and the dim light prevail. A sick mother in bed talks to her daughter, in an intense way. What is past useful of, for what reasons to look back, how will this help us move forward? The weight of generations and memory is captured in the strongest way in the two-channel film projection by Larissa Sansour and Søren Lind under the title “In Vitro”, which is presented in MOMus-Museum of Contemporary Art in Thessaloniki, from May 14 until September 2021.

Larissa Sansour has represented Denmark at the 58th Venice Biennale in 2019 with the two-channel film In Vitro, set in Bethlehem and she received excellent reviews. The work is currently operating almost in a prophetic way, both in relation to the current pandemic and the recent war situation in Bethlehem.

Syrago Tsiara, exhibition curator and acting director of MOMus-Museum of Contemporary Art  comments: “Memory and oblivion constitute complementary processes in the making of identities. We are what we remember or what we retain from previous generations’ narratives as an invaluable heirloom, but also what we desire wholeheartedly to forget and leave behind, in order to move forward into the future free from the wounds and traumas of our ancestors. In the two-channel projection In Vitro memory is an unbearable burden that a young woman, Alia is trying to shake off, opposing to her mother’s induced nostalgia for the birth place, a place that is destroyed beyond repair and has no meaning for her, since she never lived there but its memory was implanted artificially in her body. For her mother though (Dunia) who lives in an underground shelter in the aftermath of an ecological disaster, with no contact with the outer world, remembering the past constitutes the only possible tie with life. In the cold and otherworldly environment of the underground shelter an intergenerational confrontation takes place that connects the personal experience with archival film material referring to the troubled history of Palestine from the early 20th century till 1967.”

The exhibition is presented with the support of NEON Organization for Culture and Development and is a parallel event of the 23rd Documentary Festival of Thessaloniki.

“In Vitro” was made on occasion of Heirloom by Larissa Sansour, an exhibition for the Danish Pavilion at La Biennale di Venezia 2019.