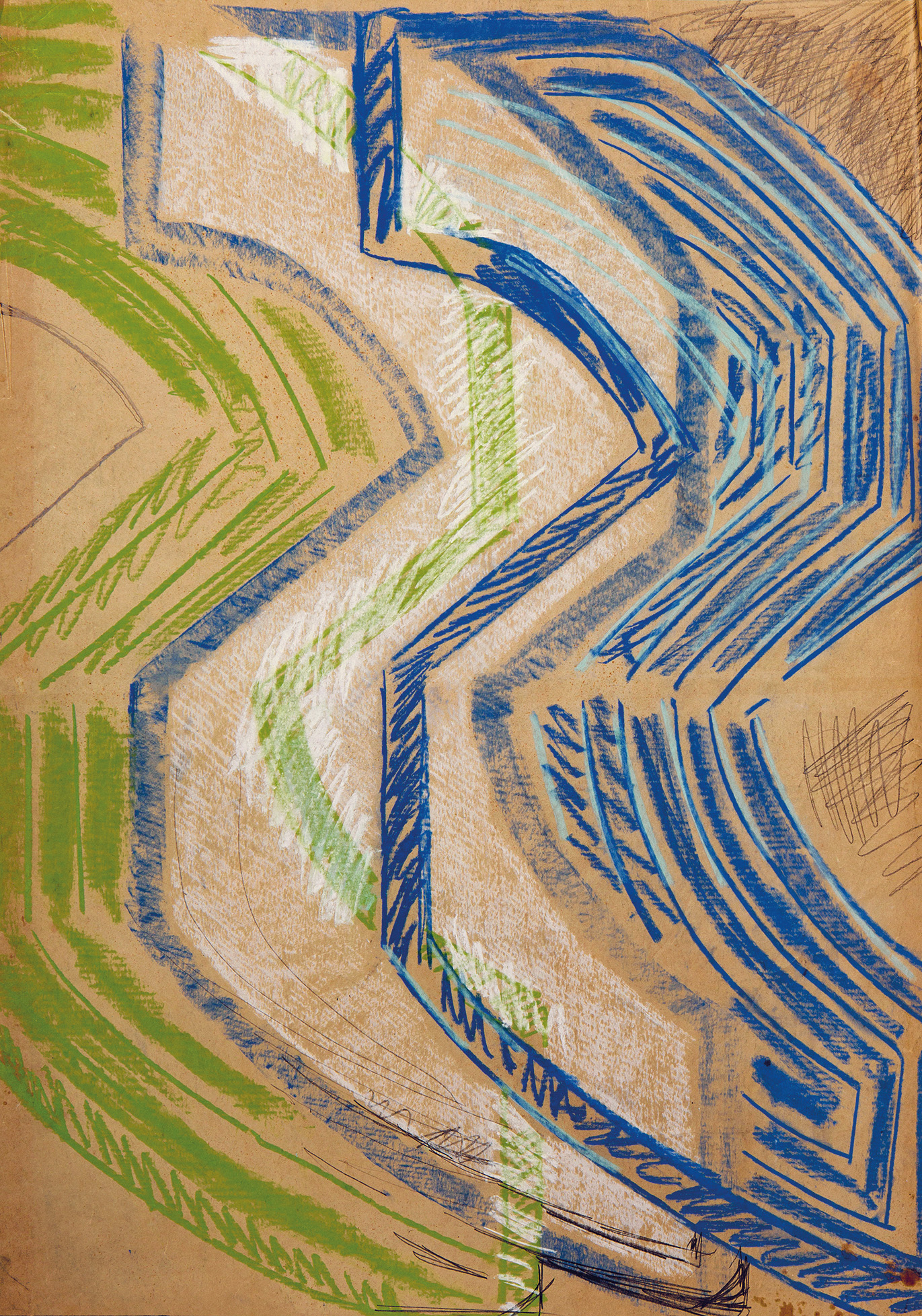 Writing, language, communication and symbols are central to Chryssa’s (Vardea-Mavromichali, Athens 1933-2013) compositions, in which the concepts of harmony, symmetry, rhythm and order are fundamental and present in the new exhibition/production in MOMus-Museum Alex Mylona under the title “Light Negative Positive – The Greekness of Chryssa”, from October 14, 2022 until January 29, 2023.

Chryssa’s creation was at the forefront of the avant-garde of American and international art in the 1950s and 1960s. She is persistently and uncompromisingly searching for “reality” in art, willing and ready to start from scratch every single time, to remain free and unconstrained, to refuse any type of “control”, to express her era. Taken together, it is clear the dialectical relationship she develops between the past, her cultural origins and the complexity of the materialistic, luminous world of Times Square, the culture of mass consumption and information. Through her art she explores herself and defines her identity, delves into female creativity, depicts her vital and experiential relationship with her environment and the realities in which she lives, and raises ontological questions. Chryssa presents her own semiotics, in a work that, despite its “technological” character, is deeply poetic, remains contemporary in its truth, expressive intensity and visual and aesthetic values, while also retaining the power of its “symbols”.

The core of the exhibition in MOMus-Museum Alex Mylona is a unity of designs by Chryssa, which Alexander Tzonis, architect, researcher and author and his partner Lianne Lefaivre donated to the State Museum of Contemporary Art on 2017; the works belong to the MOMus Collections since 2018.

In 1968 Tzonis became professor at the School of Design in Harvard University and took over the new exhibition programme.  Amongst the exhibitions he organized and curated was the one under the title “Light Negative Positive” with Chryssa’s works, at the Robinson Hall in Harvard Yard (spring 1968), in which neon compositions and designs were exhibited. Her works were presented alongside with large scale prints of

Auguste Rodin’s designs from the book Les cathédrales de France (1914). The intention was to showcase how Chryssa reverses the relationship between light and shadow.

The designs’ series shown in MOMus-Museum Alex Mylona relate to Chryssa’s emblematic sculpture compositions, such as The Gates to Times Square and Clytemnestra, alongside with compositions of alphabet letters, depicting the great process of creating and artwork. One can also find in the exhibition the original poster Chryssa created herself for the exhibition back in 1968, along with works by the MOMus-Museum of Contemporary Art collections, the National Museum of Contemporary Art (EMST) collections, the Alpha Bank Art Collection and Eleni Mylonas, who lent Chryssa’s works and photographs, thus helping in making this exhibition and catalogue more comprehensive and well-documented.

The exhibition is accompanied by a bilingual (greek-english) catalogue; a parallel events’ programme will be announced.

She studied at the Academie de la Grande Chaumière (1953-1954) in Paris and the California School of Fine Arts (1954-1955) in San Francisco. She has been living in New York City, since 1955. The early years of the 1960s are the most crucial for her career as an artist. It is the period during which she builds her own “language”

system, in which visual perception, mass communication, symbols and time, are the reference points in any attempt to approach, interpret and evaluate her work. Her solo exhibition at the Solomon R. Guggenheim Museum, featuring her Cycladic Books and compositions of letters, “projections” and newspaper pages, establishes her pioneering, innovative spirit, her personality and her art, that defies categorization and remains autonomous from prevailing trends and movements such as Pop Art, despite certain common references. She had already begun to experiment with neon. She has presented numerous solo exhibitions in America and Europe, in major galleries and museums such The Solomon R. Guggenheim Museum (New York), The Museum of Modern Art (New York), the Whitney Museum of American Art (New York), the Musée d’ Art Contemporain (Montreal), the Musée d’ Art Moderne de la ville de Paris (Paris) and the National Gallery-Alexandros Soutzos Museum (Athens). She participated in group exhibitions and international art fairs, such as the Biennales of São Paulo (1963, 1969 and 1991) and Venice (1972) and in Documenta 4 in Kassel (1968). She worked in Greece for a while in the early ‘90s using an old movie theatre as her studio. Since 2007, she leaved in Athens. The most famous works in Athens are Clytemnestra, situated in the external area of the Athens Concert Hall, and Mott Street, which was placed at the “Evangelismos” metro station in 2004.