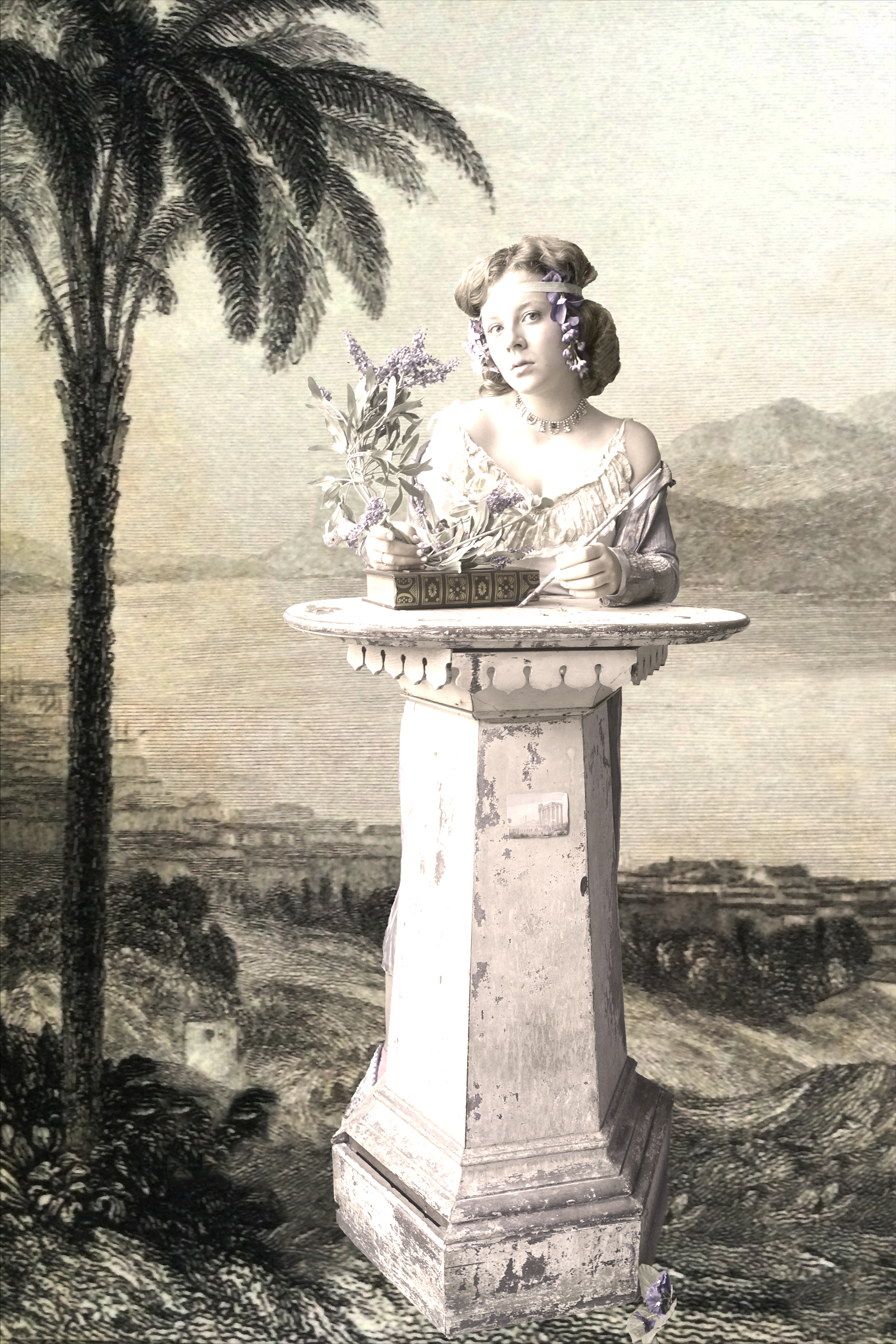 In the frame of the Thessaloniki PhotoBiennale 2021

Lydia Venieri’s innovative work fits beautifully into millennia-old traditions representing visually the heroes and heroines of a society in the context of their own monuments and achievements. But she does not use canvas or mosaics or stone. Her media are contemporary and highly creative. And her work has an added dimension through the fact that her heroes are themselves the creations of an authentic 19th-century hero – George Gordon Noel Byron

Lord Byron’s poetry is strong in rhythm, music and imagery, and Lydia brings his heroes and heroines to life with an original vision. Many of her backgrounds for these heroes are derived from real period representations of Greek and Ottoman sites. But she has transformed them into vibrant stage sets. Within these evocative settings, she carefully places her cast: children and young adults in colorful garb, photographed with their fresh, personal interpretations of the heroes. The overall impact is a vivid amplification and enhancement of Byron’s forceful imagery through Lydia’s unique lens.

Lord Byron’s own heroism and sacrifice is well remembered in Greece. There his sometime scandalous notoriety is forgotten or ignored. He is a genuine hero, coming to Greece ready to give his life for the freedom of its people. Streets and neighborhoods are named after him. There is an important monument to him in Athens. He is remembered in the folk traditions. No history of the Greek Revolution is complete without a discussion of his role. Byron gave the Greek cause distinction and credibility. Greece gave him a permanent place in its panoply of heroes.

The mountains look on Marathon –
And Marathon looks on the sea;
And musing there an hour alone,
I dream’d that Greece might still be free;
For standing on the Persians’ grave,
I could not deem myself a slave.
Byron, ‘The Isles of Greece’ (translated by Argiris Eftaliotis)

Lydia Venieri, born in Athens, is a multi-media artist whose work ranges from sculpture to installations incorporating painting, photography, video, the Internet and even the iPhone. Her work is inspired by everyday mythology and symbolism. In 2000 she was awarded the Academie Francaise Medal for Sculpture. She studied at Ecole Nationale Superieure des Beaux-Arts, in Paris. Her work has been featured in numerous solo and group exhibitions worldwide. Since 1997 Venieri has been based in New York where she has created her trilogy: Hibernation, Forever After and The Dolphin Conspiracy a sculpture installation and video series. Her photo series, War Games and See No Evil have toured in the US, Europe, and Asia. Venieri is often commissioned to create set designs for theaters in the US and Europe. . In 2013 Venieri created the Mykonos Biennale that has exhibited the works of over two hundred artists and one and fifty movies on the islands of Mykonos and Delos. For the last ten years, Venieri has been working on two projects possessed by the spirit, the life, and the works of Lord Byron: The Byron Codex and The Byronic Series.