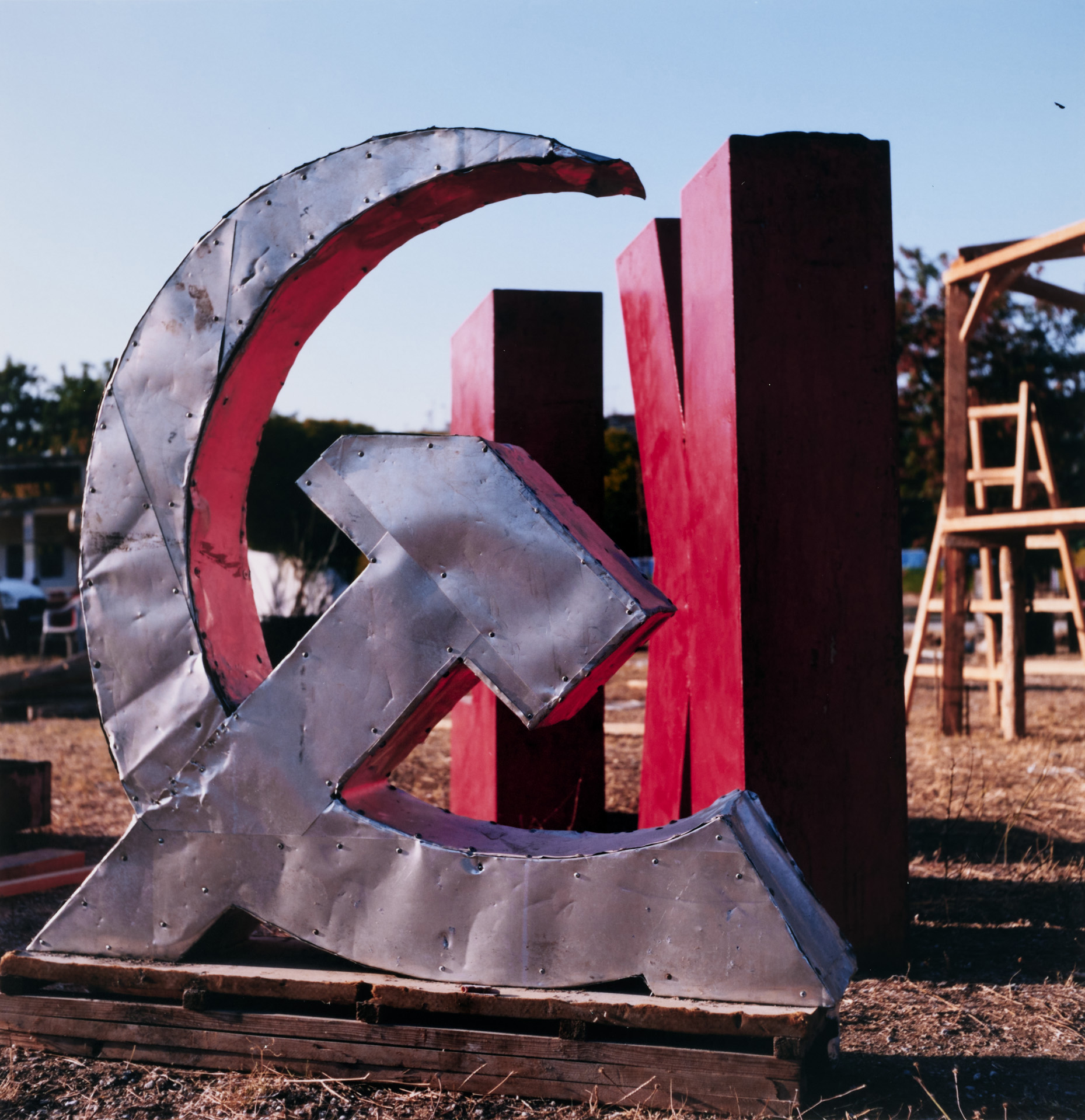 With the support: Goethe-Institut Thessaloniki

After months of lockdown forced onto museums because of the pandemic, the joint presentation by Sabine Höpfner and Stefan Canham—visual artists and partners—celebrates the joy of walking through exhibition spaces and looking at works of art. Specifically, they look at the Costakis collection, presenting two series of photographs they took while visiting Moni Lazariston in 2018 and 2019.

In The 27 Bus, Stefan Canham mourns his father, the painter Anthony Canham, by making his way to the Costakis collection with his camera:

“I photograph along the route of the number 27 bus from Egnatia Street up to the exhibition at Moni Lazariston. I walk this stretch of the city every day, with numerous detours. By visiting the collection I see the city. No landmarks, no people, yet I have never photographed so freely… That moment in time around the year 1917, when women and men created art alongside each other as equals… My father once said to my mother the artist should ‘carry the dream alone’. I disagree.”

Stefan Canham is exited by things people create and how these things may translate into the lines and shapes of a two-dimensional image. He was born in England in 1968, and studied experimental filmmaking at the Hamburg Academy of Fine Arts, Germany, from 1987 to 1994.

In 2003 he was artist-in-residence at the Schleswig-Holsteinisches Künstlerhaus in Eckernförde, Germany, together with Sabine Höpfner. His photographic record of the mobile squatter culture in Germany was short-listed for the 3rd International Bauhaus Award 2004 and published under the title Bauwagen / Mobile Squatters by Peperoni Books (Berlin) in 2006.

In 2007–08, he was artist-in-residence at Hong Kong’s Art and Culture Outreach, collaborating with Rufina Wu on Portraits from Above – Hong Kong’s Informal Rooftop Communities. The project won the 5th International Bauhaus Award 2008, the WYNG Masters Award in 2013, and was published by Peperoni Books (Berlin), MCCM Creations (Hong Kong) and Parco Publishing (Tokyo).

His work has been presented in themed exhibitions, including High-Rise – Idea and Reality at Museum für Gestaltung (Zurich, 2010), Rapid Change at Te Tuhi Centre for the Arts (Auckland, 2011), The City that does not exist at Museum Ludwig Forum (Aachen, 2012), Biennale of Urbanism / Architecture (Shenzhen, 2013), ZOOM! Picturing Architecture and the City at Architekturmuseum der TU (Munich, 2015) and Capitalist Realism at MOMus Thessaloniki Museum of Photography (Thessaloniki, 2018).